Book One  “Salomé The Prophecy”

A DESTINY REVEALED… A PROPHECY FULFILLED… 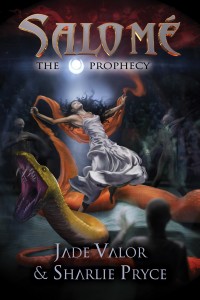 In a distant future, ten powerful Magnates rule Earth, holding all mankind in their ever-tightening grasp.

Salomé is born, princess of the Domain of Doreh, daughter of its popular Archlord. Raised in luxury for eighteen years, Salomé is unaware that she is the key to an ancient Prophecy – the long awaited Messenger from a benevolent, mystical world of light, here on a mission to deliver humanity from bondage.

Learning of her destiny, Salomé is terrified and unwilling to accept this burden. But when her friends are threatened she throws herself into the midst of a violent uprising and, with her newly found powers, challenges her tyrant uncle and the ten deadly Magnates bent on subjugating both worlds.

Yet Salomé does not stand alone. A mysterious Prophet has waited 3,000 years for her coming. Between them, they must fight for the freedom of their peoples – at whatever cost to themselves.

THE FATE OF TWO WORLDS HANGS IN THE BALANCE… 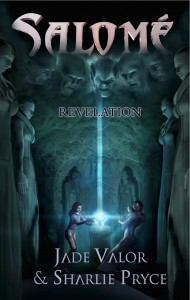 Salomé has rebelled against her uncle’s cruel reign and joined forces with an underground network of rebels.

Her powers are growing. But seeing the devastating reality of humanity’s suffering, she despairs. The Magnates stranglehold on the populace has tightened and they have gained access to her Homeworld, poisoning its purity.

Salomé’s only chance of defeating the oppressors lies in recovering the Shrine of Lives, an ancient reliquary that contains a sacred Essence crucial to her mission.  Twisted to their sinister purposes by the Magnates, it is the key to fulfilling her destiny and reuniting with her beloved Elijah. The journey into darkness will bring her closer to evil than she could ever have imagined.

If she fails, she and Elijah will die – and both worlds will fall under the Magnates’ domination forever.